Yesterday, Amazon purchased the naming rights to an arena that will host the NHL Seattle team and the Seattle Storm, renamed it “Climate Pledge Arena,” and promised to make it carbon-neutral and zero waste. Reactions from hockey fans, climate advocates and Seattleites are all over the map — was this a generous move by Jeff Bezos and Amazon, or an all-bark-and-no-bite PR stunt to cover up Amazon’s massive carbon footprint?

This news hit me directly in my Sam-ness. As a good Minnesotan, I learned to skate and play hockey before I was five. I’ve been a life long hockey fan and a freelance sportswriter (covering mostly hockey) since 2014.

Somewhere along the way, I traded my skates in for some pruners (not literally). Organic gardening and climate issues became my main passions. However, I like to think I’m living proof that it’s okay to care equally about power plays, pumpkin plants and photovoltaic panels.

Yesterday’s Climate Pledge Arena announcement put those two very different worlds on a collision course; and I can l literally hear the little angel and devil on my shoulders debating whether this is a huge win for climate awareness or merely Amazon’s latest, most egregious greenwashing act.

To be clear, both things can be true, and I believe they are. Below are some of my thoughts and favorite tweets on the topic below.

A win for climate awareness?

I’ve been waiting anxiously for sports and climate to converge with little pay-off aside from a few mostly unmentioned solar panels on Levi Stadium and zero-waste efforts at recent Super Bowl venues. It’s my dream to see climate become an approachable, everyday issue, and I think infusing it into sports culture would be a giant leap.

Imagine it, you flip on NBCSports to hear Pierre McGuire say:

Welcome to tonight’s match between the Vancouver Canucks and the Seattle Kraken. I’m Pierre McGuire alongside Doc Emrick, and Doc, we are sitting in one heck of an arena. Climate Pledge Arena is powered entirely by renewable energy and there is zero single use plastic on site. You gotta wonder if this isn’t the new standard for sports arenas across the globe.

And what if the players — who millions of young fans look up to — use their voices to promote sustainable lifestyle choices?

Reporter: “Congrats on winning the Stanley Cup in Climate Pledge Arena, what are you going to do now?“

NHL Player: “I’m going to take my electric pickup to the local nursery and buy organic veggie starts to plant in my garden. Probably some tomatoes, cucumbers, green beans...

Sports is already an incredible platform for social causes, but climate keep slipping through the cracks. Maybe this arena sparks a change.

And at this very moment, with next to zero (I see you National Women’s Soccer League) professional sports in play in the U.S., this HAS to a main topic of conversation in sports media. All of the podcasters, radio show hosts, and anchors for all 26 ESPN channels — every sports media personality will share their take, and for the first time (at least to my knowledge) climate will have prime real estate in the sports world.

A new arena is being built in Seattle. Period. It’s happening. Yes, hockey rinks are enormous energy-pits and, in general, sports venues create a ton of traffic, pollution and waste. They also tend to be named after banks, energy, and oil companies fueling the climate crisis. But this arena is happening, and I don’t care if Dr. Evil himself funds the effort, I’d rather have an arena that’s carbon neutral and zero waste than one that’s not.

Imagine the thousands of people visiting the arena for NHL and WNBA games; admiring a rink made of rainwater, eat local zero waste food, looking around in awe as people tend to do in sports stadiums. The thought has to occur that if an entire sports venue can operate without fossil fuels or plastic waste, why can’t everything else?

Why can’t the restaurant around the corner? What about skyscrapers, warehouses, homes and entire city blocks? 39% of global carbon emissions come from buildings — the more that go net zero carbon or at least reduce their emissions (re: Empire State Building), the better.

There is something to be said about the architectural and engineering feats themselves. And sports stadiums tend to follow design trends. We had the bubble-domes (Metrodome, Tropicana Field, Tacoma Dome) of the 1980’s and 90’s. Those were replaced by all-glass stadiums like US Bank Stadium and Mercedes-Benz Stadium. Could climate-friendly stadiums be the next trend?

My one suggestion: Cover the roof with solar panels and a giant freakin’ windmill. Climate Pledge Arena will have some onsite solar panels. But why have the stadium produce as much energy as possible and shoot for carbon negative? (An elementary school just down the road did it without help from Bezos or Amazon.)

OK, time to hear what the little devil on my shoulder is saying — which is mostly in the form of tweets (below) from climate advocates that I follow and respect, even when I don’t like hearing what they have to say. But here’s where I’m at personally:

First off, Jeff Bezos and Amazon are not well-liked on Emeraldology — and here is our running tally of reasons why. To put it ineloquently, your Amazon packages are figuratively covered in blood, dirty money, carbon emissions, plastic pollution, and environmental injustice.

Aside from the pledges and funds, Amazon is making little progress on reducing its carbon emissions. Actually it’s going backward, with a 15% rise in emissions in 2019.

And while we’re in the sports world, Jeff Bezos (with help from a coronavirus windfall) is on track to become the world’s first trillion. Soon, he’ll be able to buy the Miami Marlins baseball franchise one thousand times.

One more time for those in the back. Soon, he’ll be able to buy the Miami Marlins baseball franchise one thousand times.

This one man could field 31 professional baseball leagues each with 32 teams worth $1 billion. Bezos buying the naming rights to one building and calling it Climate Pledge Arena is roughly equivalent to me buying a 25 cent gumball and naming it “I promise to end world hunger.”

With an insane fortune that multiplies with each breath, Bezos currently has 163.3 billion ways to meaningfully confront the climate crisis. Reducing Amazon carbon emissions would be a good start. But instead, he essentially bought a billboard that says: “I promise to keep promising to make a pledge to do something about climate change.”

Reactions from the Twitterverse:

… and the floodgates are open:

And boom goes the dynamite:

What do you think? Is this a PR stunt by Billy and his Bookstore? Is it a crucial first step in spreading climate awareness?

Get to know the UW Program on Climate Change

CSA Is A Win-Win-Win For Growers, Eaters and Earth

Ecojournal on the Eastside: A Suburban Fall Saturday 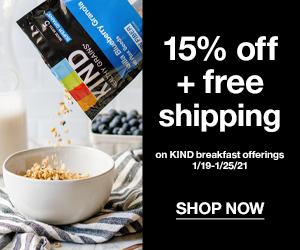 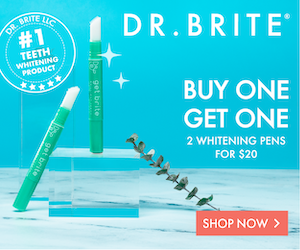